So 2020 has started and as the days start to lengthen so my fingers get itchier!  The weather continues to be very mild; we’ve had some cracking frosts, but interspersed with unusually mild days, and no snow at all. The danger is, of course, that the plants (fruit trees in particular) start to think spring has arrived and blossom early, only to be damaged by late frosts.

Garlic is growing well and, under fleece, both peas and broad beans are growing faster than usual for this time of year. 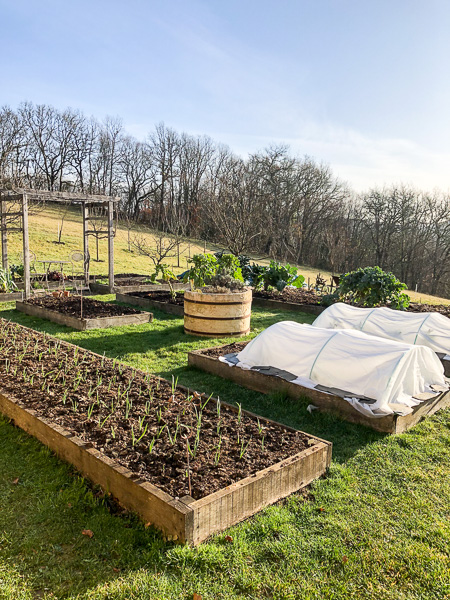 Still picking kale and Brussels sprouts and even some cauliflower. 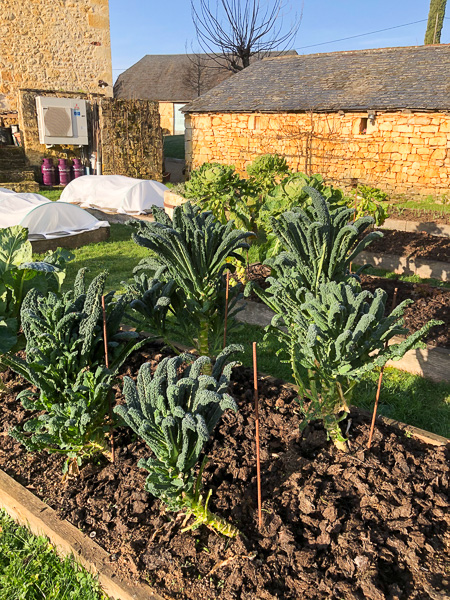 It’s a good time to start tidying up and preparing ready for spring. The compost bins needed emptying and cleaning up around them.  I am sure M.Viper lives in the stone walls here, but I guess he is sound asleep right now because I did not see him even though I moved all the bins to do some levelling and tidying. In the background is the lemongrass, covered in fleece. It is the first year I have tried leaving it outside, so I am hoping it will survive the winter.  Rosemary in the foreground is doing well. 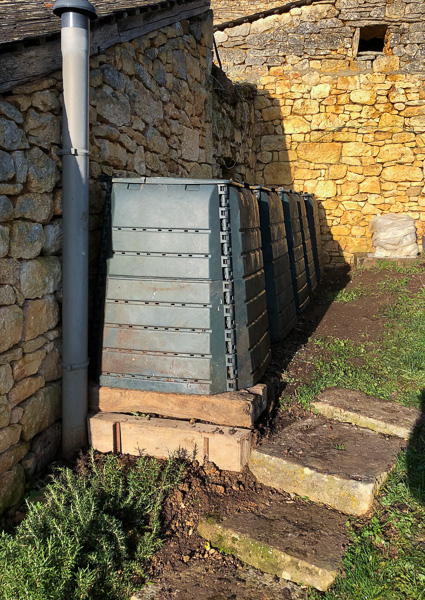 I had three bins of wonderful compost which I used on my “lasagne” – the fill I am creating to level the ground behind the stone wall by the pumpkin patch. It’s almost level and is going to be superbly fertile soil. 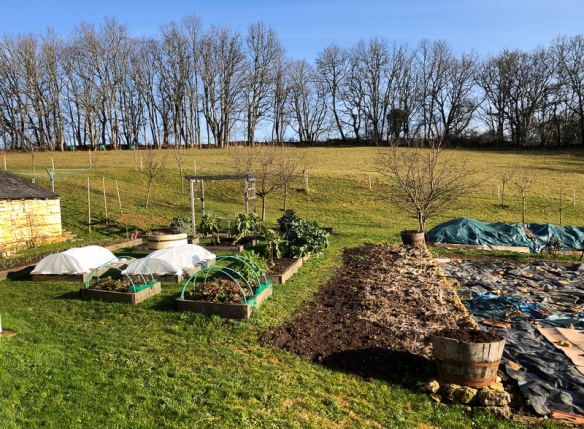 Rather fun to look back at the same area in previous years to see just how much I have filled – and how much the stone wall has been raised. 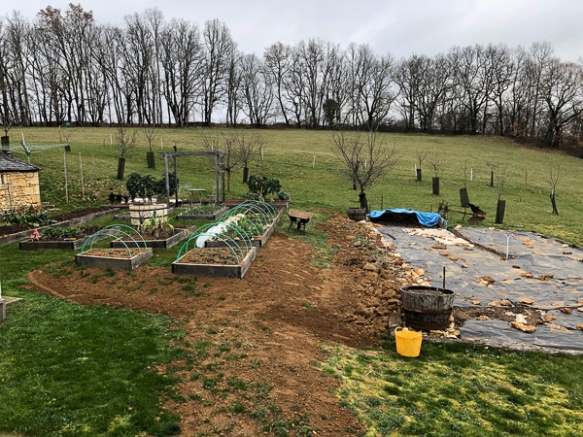 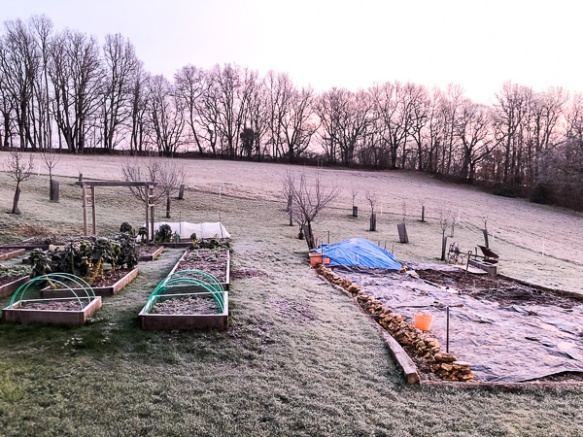 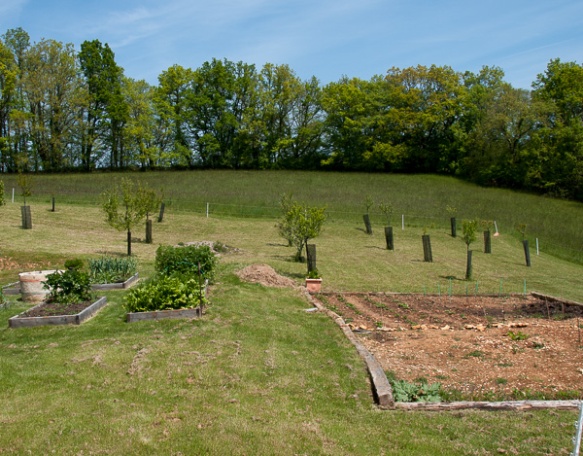 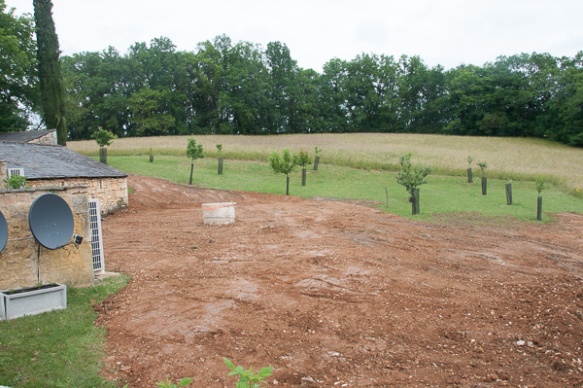 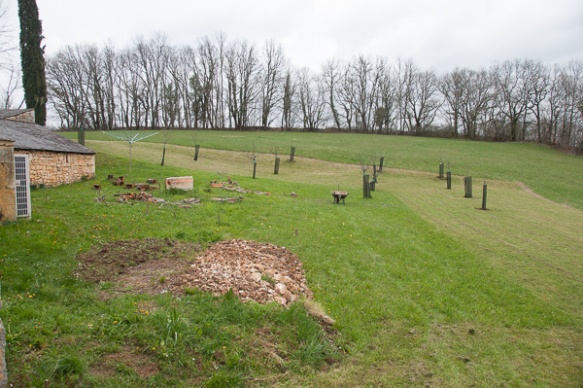 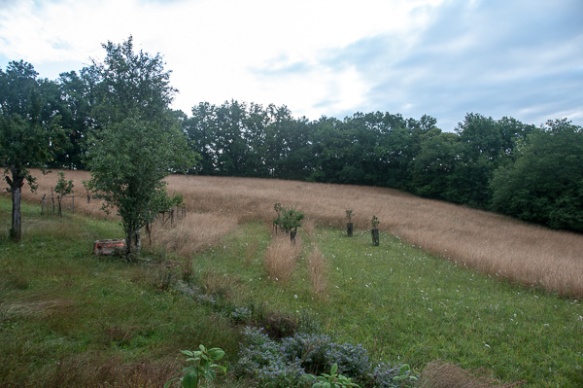