It’s been a busy month and I have not recorded enough, so a belated update.

Harvested garlic June 4th. Reasonable crop, even though they were covered in rust.  Leeks now covered to protect against leek moth. 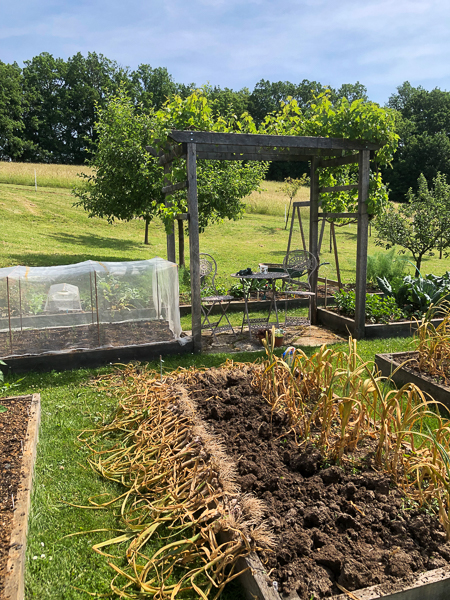 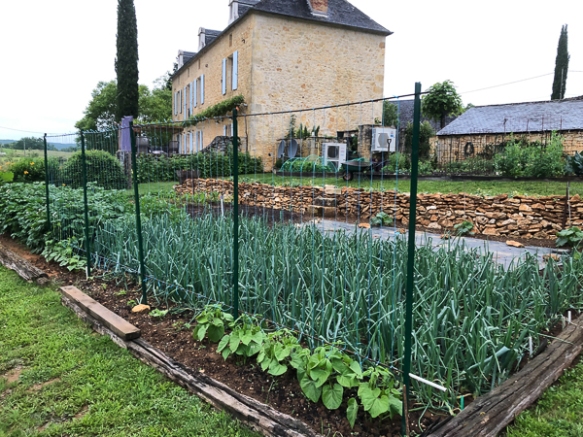 Gem squash a little more protected by the compost heaps has grown much faster.  Planted lemongrass against this wall – hoping it will be protected enough to survive winter. 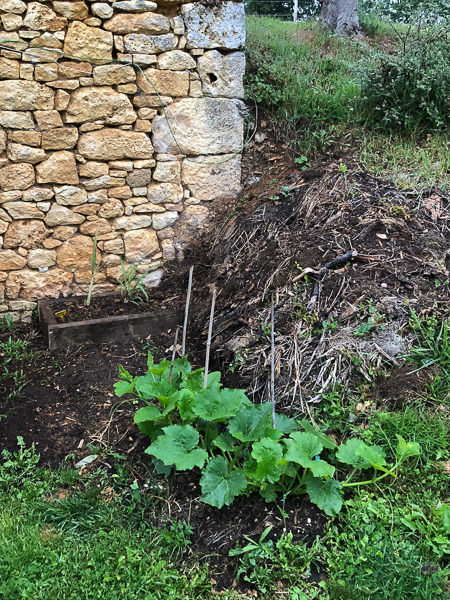 Tomatoes growing well – although with more rain than usual the worry is always that they will get blight. So far so good, and I plant varieties that are reasonably resistant – I hope!

Harvested the last of the broad beans this week. Reaping Chinese cabbage, fennel, and peas,  and for the first time, Romanesco.  They are such magnificent plants!

The grape on the trellis is growing really well this year. I’ve pruned it heavily to control it, and cut away hundreds of bunches of grapes. 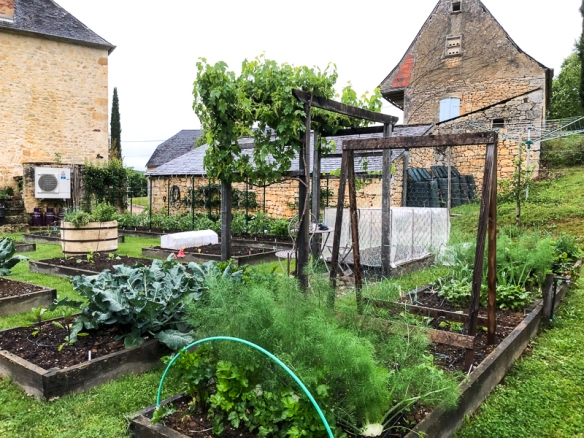 Close up to show how many bunches still remain! 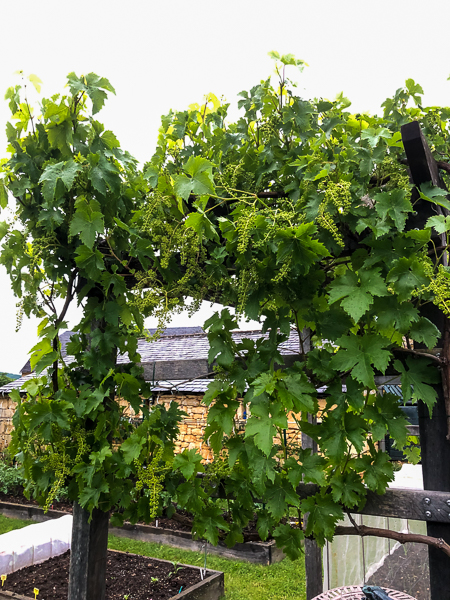