Last week was garlic planting time. I pulled out the last of the Roma tomatoes (San Marzano) which have been incredible. They  were still fruiting, though they are slow to ripen now. 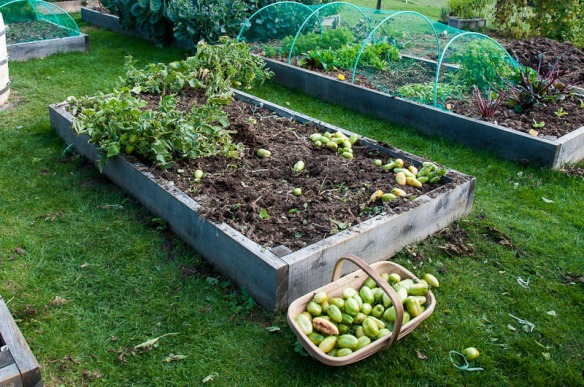 In their place I planted two varieties of garlic. Purple garlic, Germidour, ( I planted the same last year)  as well as a white garlic Messidrome.  Still some seed left, so I will try planting some in the pumpkin patch . 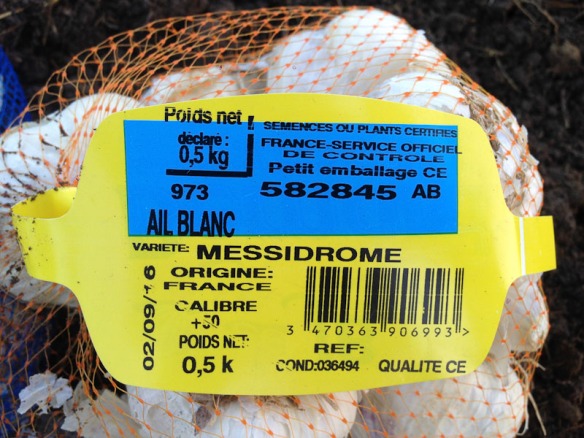 Moved a selection of chilli peppers into the slate shed to protect them from frost.  I hope they will survive and that I can move them out in the spring. I am not very hopeful, but it’s worth a try. 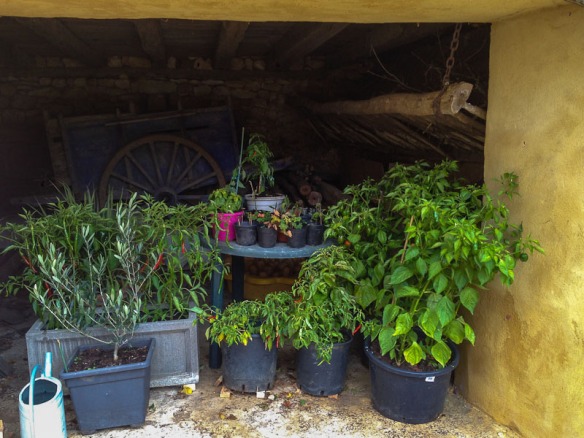 The peppers and chillis have been an interesting experiment this year: 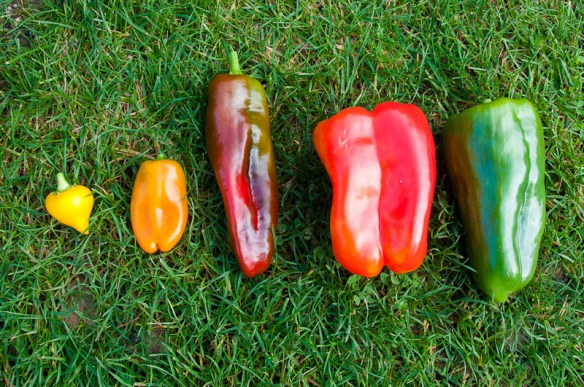 Both Jalapeño and Ancho need to be dried, but the Ancho did not ripen in time. Hoping that the plants I have brought under cover will survive – if not I will try getting some to germinate earlier (inside) next year to give them a longer growing season.